Alan Brightman received a Ph.D. in Education from Harvard University and an Honorary Ph.D. in Science from The University of Massachusetts. His professional accomplishments in areas related to individuals with disability as well as older adults reflect a career devoted both to increasing the quality of life for underserved and too-often overlooked members of society and to developing large-scale business opportunities to serve the needs of these segments.

Brightman was most recently a Vice President at Yahoo where he created the Accessibility Group in 2006. This group continues to be responsible for ensuring that all of Yahoo!’s Internet products are as accessible as possible to individuals with disabilities.

Previously, Brightman was the Founder of Apple Computer's Worldwide Disability Solutions Group and served as its Director for thirteen years. In this capacity, he worked closely with Apple's hardware and software engineering teams as well as with diverse teams in marketing, sales, industrial design, and public relations to ensure that all Apple products, programs, and services were accessible to children and adults with disability.

While at Apple, he co-authored Independence Day: Designing Computer Solutions for Individuals With Disability and produced a variety of videos designed to illustrate the role of technology and telecommunications in increasing options and opportunities for all children and adults.

The work of Brightman's group at Apple, the first of its kind in the industry, has been widely recognized and honored around the globe.

Brightman was also the Executive Producer of a new musical called PULSE: The Rhythm of Life, based on a website that he and his group at Apple created for seriously ill children and young adults. PULSE premiered at San Jose, California’s Montgomery Theater to packed houses and rave reviews. Brightman also produced the Original Cast Recording CD of PULSE and is featured in the nationally televised PBS program about the making of this unique show.

Throughout his career, one of Brightman's principal aims has been to use mass media and mainstream technologies to substantially enhance the quality of life for stereotyped, often ignored, children and adults. Toward this end, he has published a number of books—for children as well as adults—aimed at fostering full participation of disabled individuals in all aspects of society. One of his books, Steps To Independence, is now in its fourth edition and has been translated into eight languages. He also produced an award-winning television series, called Feeling Free, for PBS as well as a one-person photographic exhibition designed to increase understanding and acceptance of disabled individuals. This exhibition, entitled Ordinary Moments The Disabled Experience, toured the United States for 3 years.

Brightman’s most recent book, DisabilityLand, was the recipient of a Benjamin Franklin Award.

Brightman has served on the Board of Directors of the Starbright Foundation, an international organization chaired by Steven Spielberg that works to create new futures for seriously ill children. He was also Executive Producer for Starbright of a series of programs entitled Videos With Attitude, aimed at illuminating the true, though, and occasionally humorous experiences of sickness and disability.

In recognition of his work in the field of assistive technology, Brightman was awarded a Lifetime Achievement Award from Boston University. 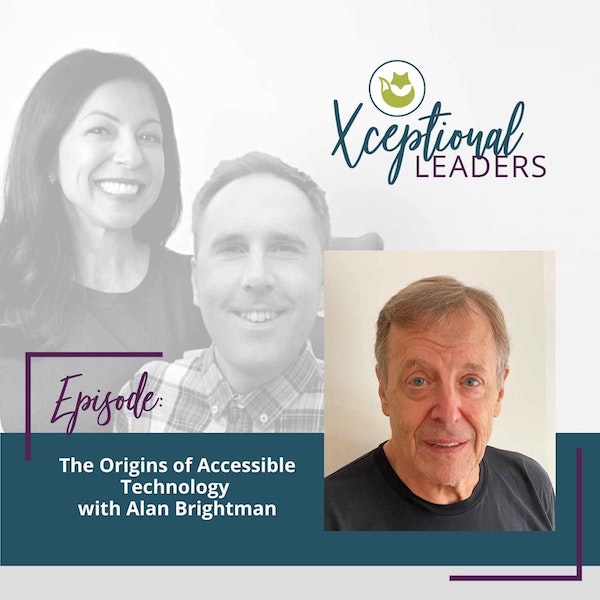 The Origins of Accessible Technology with Alan Brightman

The Origins of Accessible Technology with Alan Brightman