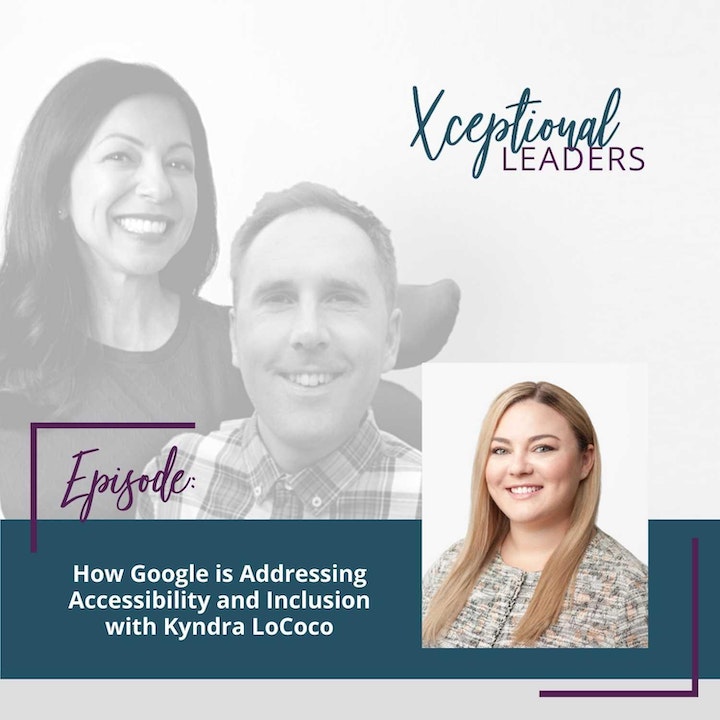 We are happy to be joined on the show today by Kyndra LoCoco. She is the Accessibility Partner Programs Manager at Google and she chats with Martyn about her work in the disability community. Kyndra shares her background, her journey to becoming a googler, and her personal connection to the disability community. They also touch on topics such as how Google addresses accessibility in their products, verbiage changes in the community and much more.

"Kyndra LoCoco is the Accessibility Partner Programs Manager for Google. In this role, she cultivates relationships with non-profits, advocacy organizations, training centers, rehabilitation centers, schools, universities, companies, governments and more. Kyndra has been with Google since 2012 and the Accessibility team since 2016 and currently sits on the Board of Directors for the Disability Rights Advocates. Prior to her current role, she built the Google Disability Support team and managed the Google Accessibility event programs. Before accessibility, she worked to build Google’s largest retail space, Google Shopping Express (now Google Shopping) and before Google, she worked within the disability focused non-profit sector with the National Multiple Sclerosis Society. Kyndra holds a Bachelor of Arts degree in Communications from California Polytechnic State University (CalPoly) in San Luis Obispo."