Spotlighting Lived Experiences From a Kids Perspective With Mathew Klickstein 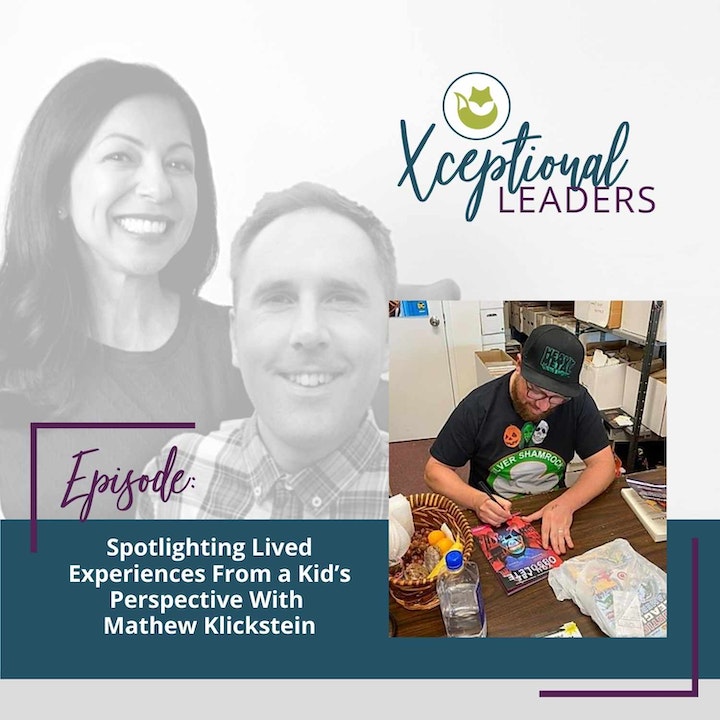 Spotlighting Lived Experiences From a Kids Perspective With Mathew Klickstein

Today’s guest is prolific storyteller Mathew Klickstein. Mathew is a writer, speaker, and filmmaker; just to name a few. He talks with Mai Ling about his work with the Kids of Widney High, a group of young adults with developmental disabilities who formed a touring rock band. These experiences inspired Mathew to write the YA book titled, The Kids of Widney Junior High Take Over the World!, which imagines what the real-life kids might have experienced in Junior High.

MATHEW KLICKSTEIN is a longtime multi-platform storyteller who focuses mostly on pop culture history/creative non-fiction. His work has appeared in regional and national publications (both online and off), television/film/theater and -- most recently -- comic books and podcasts.
Mathew's writings have appeared in such publications as: WIRED, The New Yorker, New York Daily News, Splitsider (now New York Magazine's Vulture), Heavy Metal Magazine, Alternative Press, ABLE Magazine, Boulder Weekly, Yellow Scene Magazine, Colorado Daily/Daily Camera (as Staff Writer), OC Weekly, Willamette Week, Hammer to Nail, Entertainment Today (for which he was Editor-In-Chief), iTechPost (for which he was Deputy Editor), Bleeding Cool, Fade In Magazine, the Kansas City Star/Ink Magazine (for which he created and ran a regular foodie column), Decider (NY Post), the Baltimore Jewish Times (for which he was the Senior Reporter) and the Baltimore Sun.