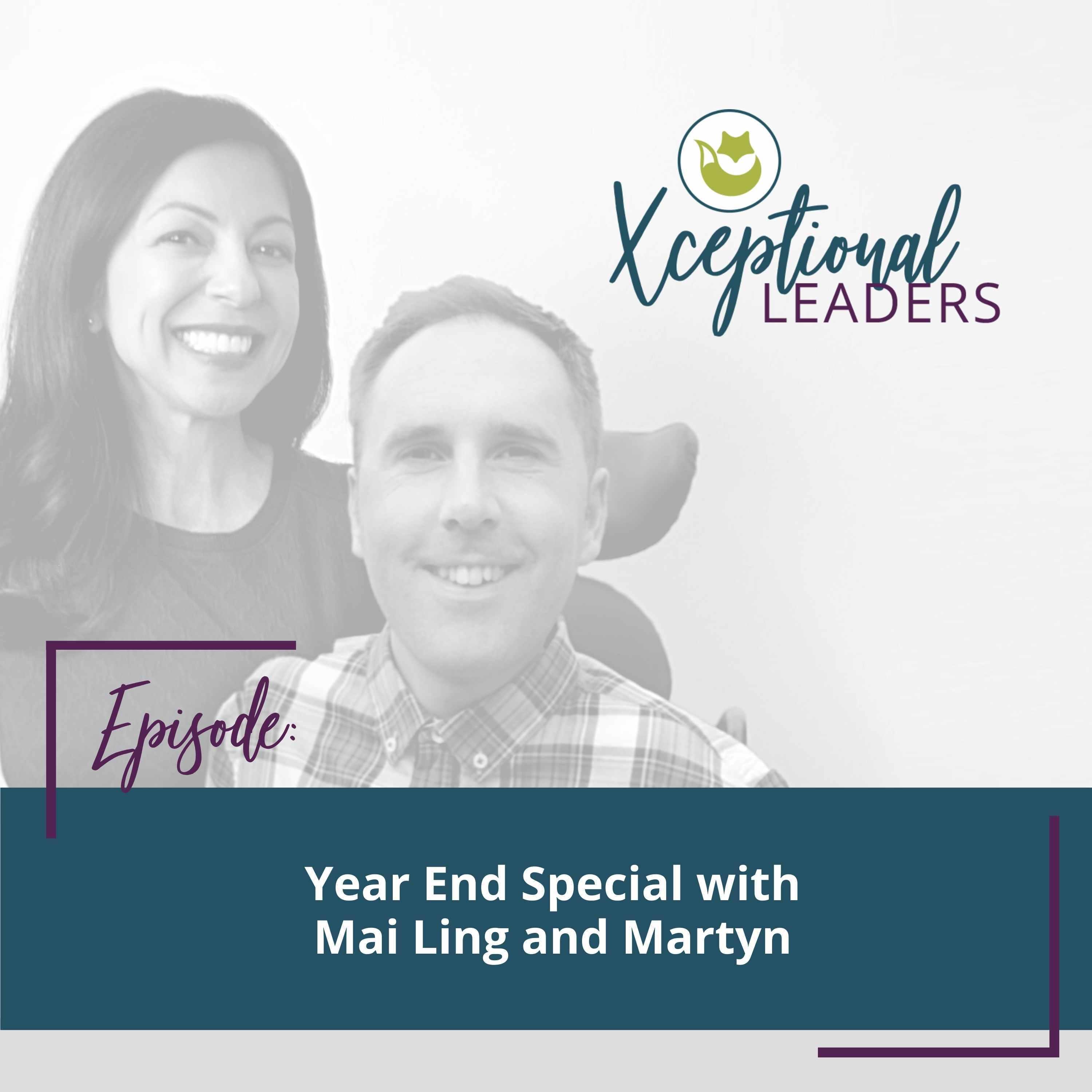 In this final episode of 2020, Mai Ling and Martyn take a few minutes to share some thoughts on the past year. They also also share a few thoughts on networking and then chat a bit about holiday plans. We hope you enjoy this fun, short, wrap-up episode of the show.

Welcome to Xceptional Leaders (https://www.xceptionalleaders.com/) with Mai Ling and Martyn, where we spotlight high profile topics and amazing people who are changing the worldview on disability. I'm Mai Ling Chan at mailingchan.com.

And I'm Martyn Sibley at martynsibley.com. And today, we're going to be talking about how it's the last podcast episode for 2020. And obviously, we'll be having a bit of a look back, and a look forward as well. So, first of all, Mai Ling, how can it be the end of the year already?

Oh, my God, like this year flew and then it didn't. I mean, it's just such a strange movement through time. Right?

Really, weird, yeah really weird. We'll am, we'll move into the topic first off. So, could you tell our amazing listeners a bit more about the Abilities Expo (https://www.abilities.com/), first of all?

Absolutely. I've always said that you need to hang out with people that you don't typically hang out with. But this is an actually great event for connecting with people that are in the industry of helping people with disabilities. So typically, I would be going to speech language pathology conferences, but this one was in LA, which I was in Phoenix at the time and it was a quick ride. You know, I could go there on a Friday and come back on a Sunday and just be there for the Saturday event. Actually, you know what, I actually went Saturday morning. Now, I think about it, I flew. But back in those days, remember when planes weren't scary?

Yeah. So the reason why I'm sharing this with you guys, our listeners is, I want you to really think out of the box, you know, you don't have to always hang out with your profession or the community that you typically do or the industry you typically do, you know.

Yeah. And I think that's really interesting point you mentioned about the expos and the conferences. So, we have actually more than one in the UK. But there's been a particular one that I've gone to probably the last four or five years now. And it's called Naidex (https://www.naidex.co.uk/), that's N A I D E X, if anyone wants to Google it. It's very, very similar to the Abilities Expo, there's a massive hole, it is gigantic, almost like an airplane hangar, hundreds of stalls. And there's big adapted cars. And there's the latest wheelchairs, those will be the big-ticket items if you like. There’re the service industries, like, accessible travel. And I think it's great to get up to date on the latest innovations, really cool to meet other changemakers. And also, you just randomly bump into people that as you say you never would have really met in otherwise. So, it's a great networking way, just to touch a little bit on the weird and wonderful 2020. And how like you say, going on a plane and going to some of these expos hasn't been as possible as it used to be. I've actually done a, moderated at a conference session earlier today, that was in Spain. And I probably would have been involved in person as you know, Mai Ling, I normally travel a lot too. But it was, it was different. But still interesting to hear from the panelists and have the Q and A's from the, from the audience. So, it is not the same as doing the real deal. But equally, that we've still found ways is my point here, to overcome the barriers. And I talk a lot about barriers within the sort of disability world. But yeah, this barrier of the virus and the lock downs that we've had. So just another kind of yeah, Expo example. But I think one thing we'll talk about today as well, moving into the fact it's the end of 2020 and going into the holidays, is well first of all, what you're going to be doing Mai Ling? What are your plans?

Well, we're going to do a zoom holiday Christmas morning with my children, my three kids and my parents, and it's going to be different, and we're all signed on to it. You know, that's just, it's better to do it that way instead of kind of try to navigate, you know, the best way to get together. And so, we are shipping everybody presents, and they're even getting their stockings and their Christmas pajamas in one box, so that they can, you know, open them separately, and then their Christmas present separately. So, I've got this all planned out, Martyn.

Good. That sounds good to me. And I think there's a stocking filler that we shamelessly want to talk about today, the perfect present for any holiday period. And that is our Exceptional Leaders book (https://www.amazon.com/Becoming-Exceptional-Leader-Accomplished-Changemakers-ebook/dp/B08DWWW8X9). So again, for anyone that hasn't heard us talk about it, pretty unlikely now because we've been banging that drum for a while. But obviously the bigger part is we're so proud of the, the outcome of this book or the value or the wisdom in it. And I think for you, you're talking earlier about the Abilities Expo and some of the other industry networks that you would go to so from your perspective, Mai Ling, what, what kind of people would benefit from this amazing book for a Christmas present?

You know, Martyn, when I wrote the book and started to bring people together, when I started putting it together, you know, I had a target of people and since it's launched in September, since it's become available. We've gotten such wonderful feedback. And I can honestly say that this is a great gift for people who are either a parent of someone with disabilities, a special educator, disability support staff, people, therapists, I mean, obviously, we work with PT, OT speech, assistive technology teams, and then any other people who are kind of on the fringes of working with the disability community. I've also found Martyn, book clubs, like people are loving this as a book for it's actually a quick read, you know, and it goes through 14 individual stories. But you know, people are loving that they can read about it, and then come back together and choose their, I would say, their favorite chapter. But you know, the one that resonated the most with them or what they learned. That's been another great book club discussion, Martyn. So, everyone would give like their one big takeaway, or their Aha, or you know, that I didn't know. So, it's been wonderful. And people have been just giving me such wonderful feedback.

Awesome. Good. That all sounds perfect as a stocking filler. And, yeah, it sounds like you've got some nice holiday plans coming up as well. I think for me, I've actually already and we're recording this barely, sort of as we get into December itself, but had some nice reflection time as we keep saying again, and again about the weird and wonderful 2020. But I've certainly found it good for personal development. I sort of feel like I've been in a bit of a cocoon around physical and mental wellbeing but, you know, almost coming out the other side of some dark times, but feeling really, yeah, quite excited about the future. But as we get into 2021, hopefully, fingers crossed, there'll be some brighter times, you know, talking specifically about COVID-19. And you know, whether there's vaccines and however else things improve, but yeah, let's hope next year is gonna be a lot more normal then, then this year was and not as scary as this year was. But yeah, just with that brings up optimism of what other things may come on our podcast and on our business ventures, and just with family and friends into the new year so it's been a nice time for reflection, but I'm certainly looking forward to a bit of a rest from work as well.

O, yes, we need a little break. All right. Well, this is wonderful. I am so excited to be closing the year out with you, Martyn and with our listeners. I want to thank you guys, our numbers have been going up. We are doing just so well with having you listen every week and learning from new guests and staying with us and we look forward to connecting with you in the new year. Thanks so much for joining us for this episode. And remember that if you have a creative idea that you're ready to start on and want help from someone who truly understands what it means to build a disability focused offering, visit mailingchan.com and let's get started.

And be sure to check out Martinsibley.com to embrace your place as a world changer. If you are serious about becoming an influencer and impacting the world, please join me on my VIP Academy where we focus on you and build momentum together. We will see you in the next episode.

Here are some great episodes to start with. Or, check out episodes by topic. 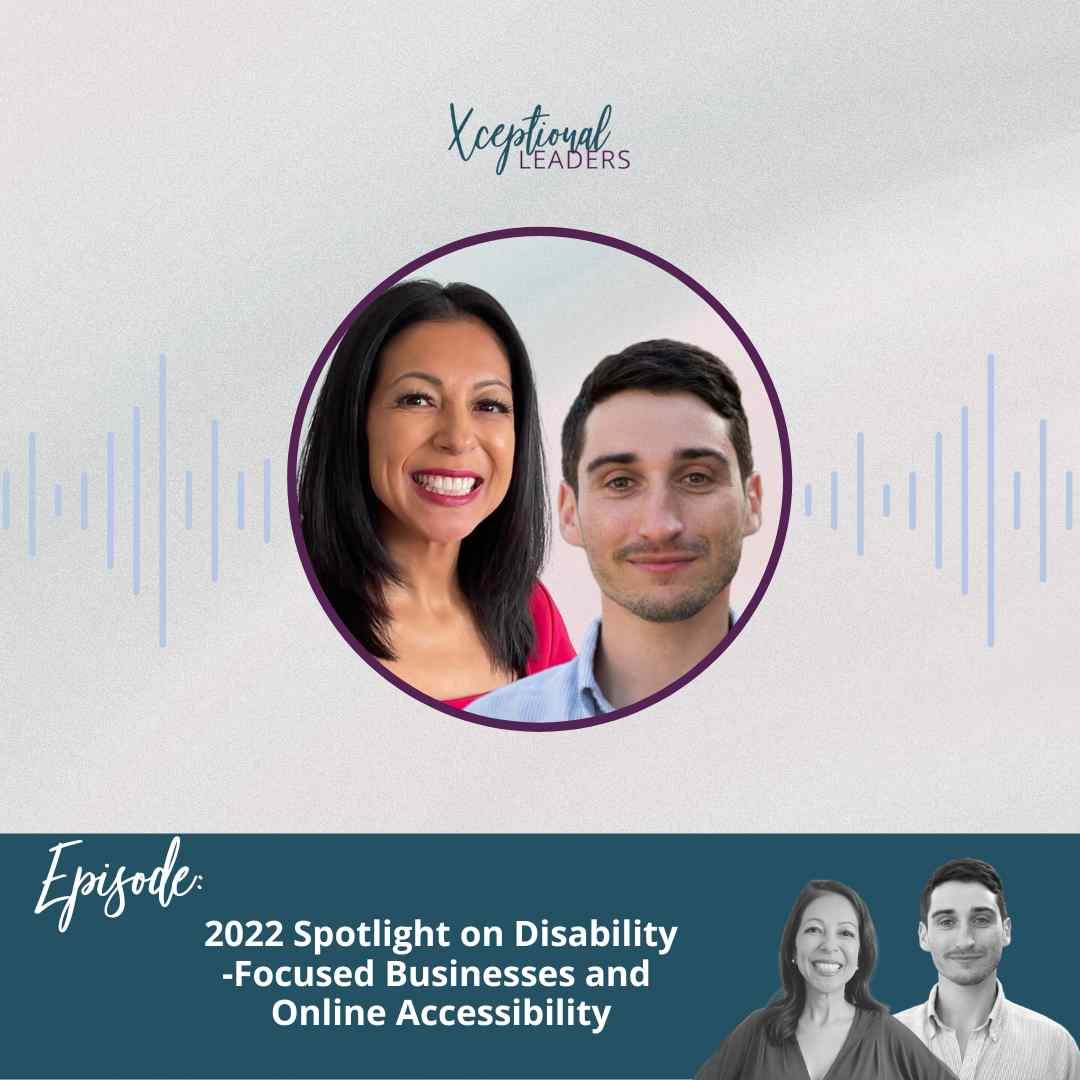 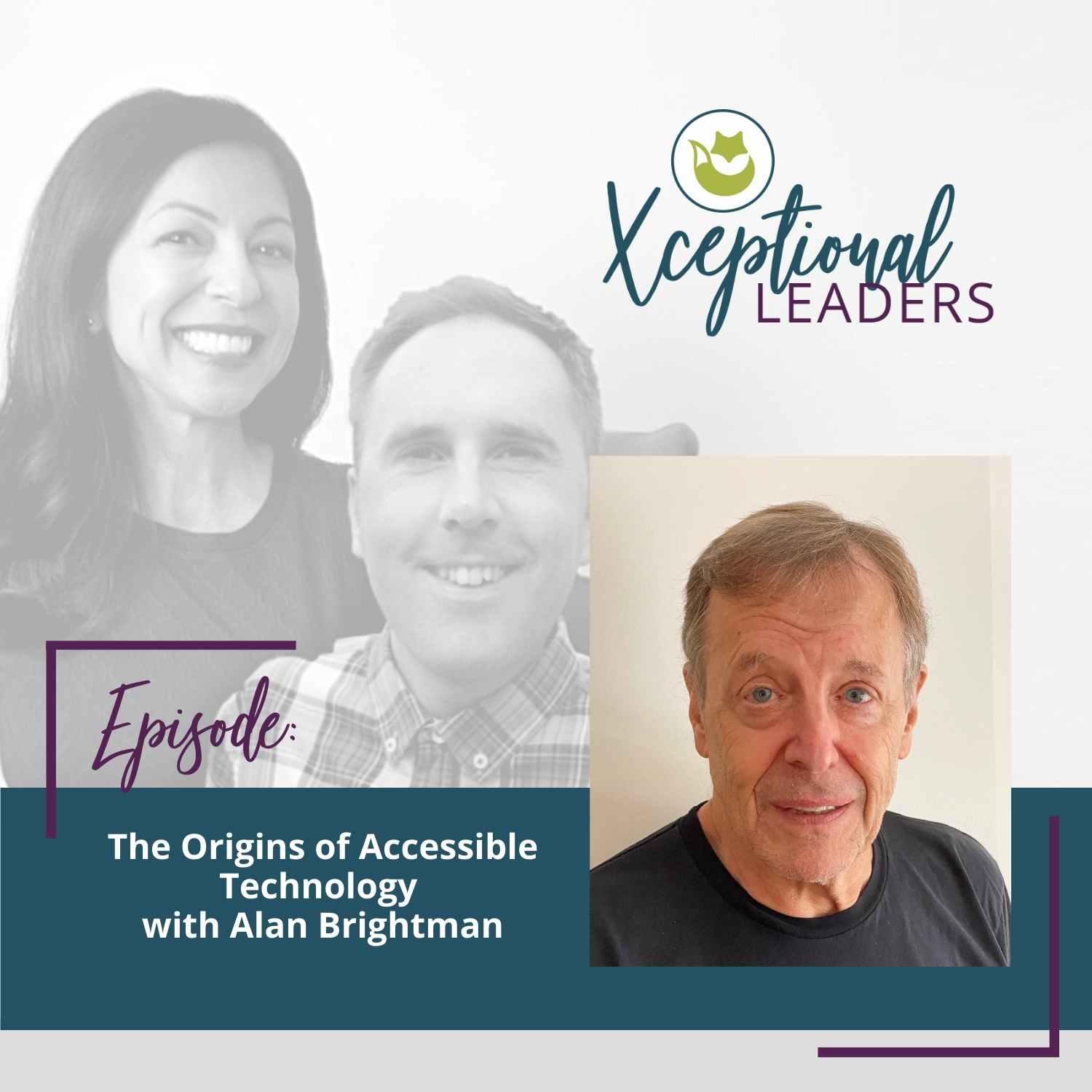 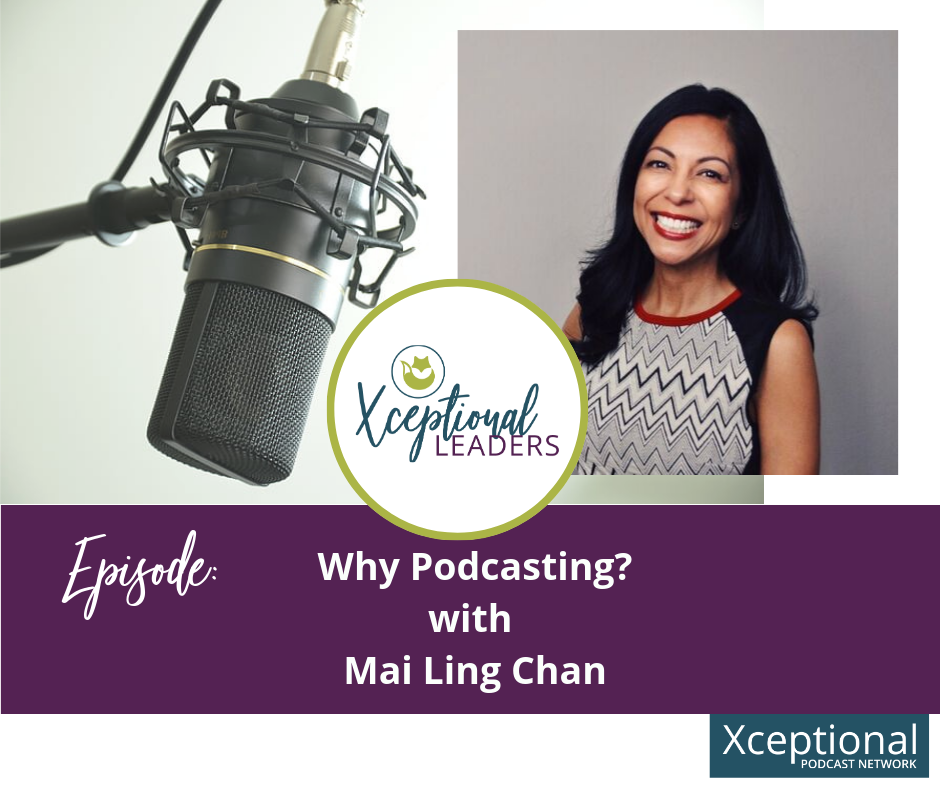 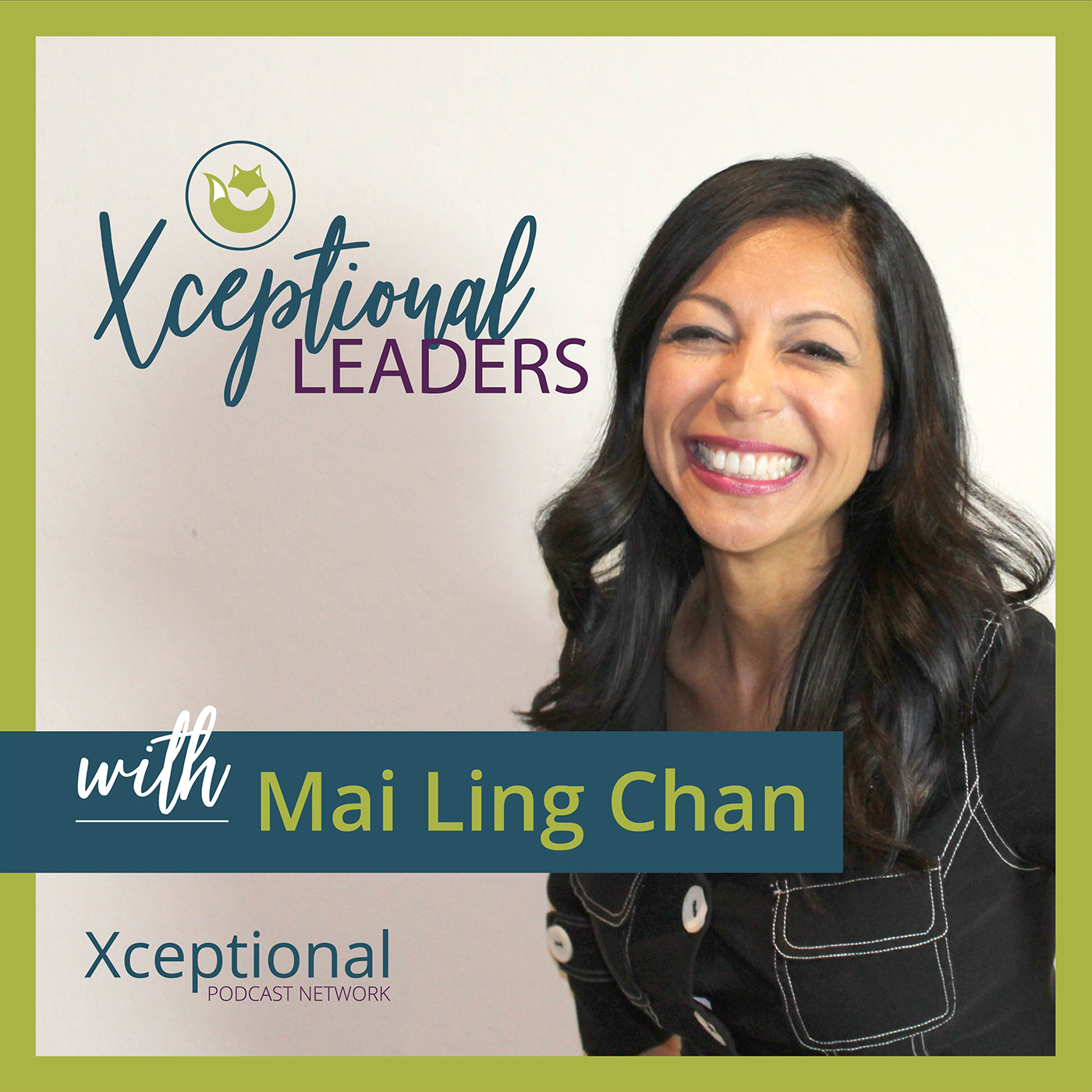 Intro Episode: What's this all about?